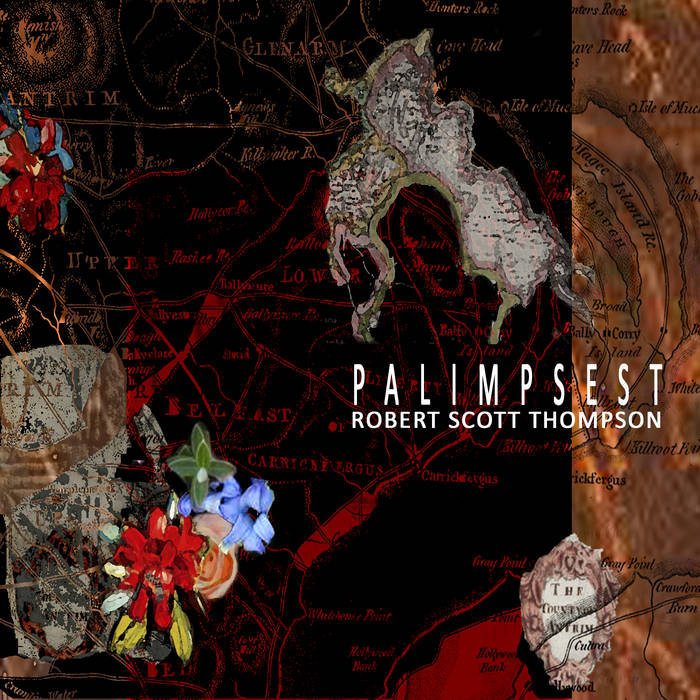 Purple Crow Ever tried to describe a rare flower amongst so many other flowers, and why this particular flower means so much to you, as people look at you quizzically attempting to understand your peculiar fascination? You just need to listen to every detail and take it all in before you'll come to understand what I mean when I say "Exceptional rare beauty". Enjoy. :>

The Art of BLEEP!

Another gem from a Master...

Robert Scott Thompson's latest, a long-form abstract piece, reaches back to the likes of 'Music For Summer Evenings' and offers exquisite explorations of soundscapes both surreal and serene, which, at first listen, might suggest an "even-tempered" soundscape, but which actually contains startling events of both beauty and even hints of danger now and then, with deep rumblings promising some disturbing thing to come. As a matter of fact, parts of this album, if not the whole album, would make a great soundtrack for a high-quality movie.

Robert Scott Thompson has been called an alchemist of sound, and it is a fitting description. This album proves, again, that ALL sounds, properly arranged, can be experienced as music, music in the sense of what it means to the majority of listeners. While he will never sell as many records as Madonna(!) to those with a more open mind, this sort of music is far, far, far, by FAR, more adventurous and rewarding. And that's not slamming Madonna, just saying.

movie darkness this its lines
synth and gongs, overtones and garden
into opening lines as objects
not being wordless on play"


"... unfolds as a continuous, multi-scenic whole"

Palimpsest is a long-form electroacoustic/ambient album comprised of nine sections presented in a continual flow over the sixty-minute duration. The composition revisits materials that have been developed during the past several large projects such as Metta, Solace, Flora of Fynbos and Arcana but presents these in a new and unique context together new materials. The recording is intended for continuous listening to the entire work rather than listening to the tracks as excepted "singles."

Robert Scott Thompson straddles the genres of electroacoustic (e.g., musique concrète composers such as Francis Dhomont and Tod Dockstader) and ambient (e.g., Klaus Schulze, Steve Roach, Brian Eno) musics. The result is often a rather unique juxtaposition of organized noise and synthesized washes. Thompson manages to refrain from the harsher electroacoustic sounds, while still capturing the tension inherent in that school. Combined with a modern ambient approach, his recordings often taken on pleasant overtones, albeit with darkness on the horizon.

Palimpsest is no exception. This release features synth textures accompanied by the rattling of found objects, bells and gongs, as well as wordless vocal overtones and shimmering soundscapes. The opening track, Rock Garden, evokes being in a pulsing cavern with pebbles falling around you, while Embellished Serenade includes discordant but spacious synth lines over sparse and subtle percussion. Intentional or not, parts of Palimpsest could easily find its way into a science-fiction or horror movie soundtrack. But this is more than just background music, because an active listener will hear something new upon each play.

Whether geological or interplanetary in nature, Thompson’s compositions combine sonic landscapes with intellectual rigor. While the components of his sound may be familiar at times, he is carving a singular niche that breathes life into two seasoned genres. Highly recommended.

As a word, palimpsest is conventionally used to refer to an old document, parchment, or tablet on which original script has been erased and replaced with new writing; a sense of history is thus implied as well as the presence of ghost layers beyond the existing surface. And while the term is oft spoken of in terms of written material, it also could be applied to a painting, with x-ray technology revealing traces of an earlier image covered over by the artist, or a musical work whose content retains physical evidence of the composer's earlier work.

Naturally, it's the latter scenario that applies in the case of Robert Scott Thompson's Palimpsest, a sixty-eight-minute-long recording that revisits material the electroacoustic composer previously incorporated into a number of projects and has now reworked for this new production. Though separately indexed and titled, the recording's tracks are designed to be experience as a complete, multi-hued tapestry that flows without pause.

This is Thompson in ambient tinting mode, presenting material that drifts languorously and tickles the ear with hand percussion rustlings, ghostly vocal exhalations, and electroacoustic treatments of abstract yet evocative character. Even in the absence of their aural presentation, titles such as “Rock Garden” and “Resonant Drift” clearly convey the meditative sensibility at work and the general tone of the musical material.

Time slows as the musical alchemist's aromatic palimpsests fill the air with wisps of melody and echoes, their tendrils as delicate as the silken threads of a spider web. Two-minute settings rub shoulders with others six times as long, yet, while subtle details do differentiate the tracks from one another (consider, for example, the muffled smears of a horn instrument surfacing alongside glistening swirl in “Chanson” versus the mallet patterns catapulting through “Epilog Linea”) the differences in duration aren't all that critical when, as mentioned, the recording largely unfolds as a continuous, multi-scenic whole.

The exception to that rule comes near the recording's end when the tenth piece, “Brain and Ego (Cheap Imitation),” parts company with what precedes it by jump-starting the recording with an energized rhythmic current and a dynamic sound design that sounds like Thompson's take on Milesian voodoo-jazz. Such an abrupt shift in tone and character creates the impression that it's the first nine pieces that, formally speaking, constitute Palimpsest and that the final pieces (the other is “Every Something is an Echo of Nothing,” a meditative setting more in line with the album as a whole) have been added as bonus material.

Slowly drifting sonic Polaroids. Slim sized droplets of white noise on a fuzzy drone cornerstone. A slight veering unto the dark, like a data trail that brings up lies in the centrifuge. But neither Orla Wren, Leigh Toro or Robert Scott Thompson become overweight mass mercenaries of incited doom. Instead, their soundscapes here intrigue and perplex logic.

Beneath the Bark is like a softer cousin, whereas Palimpsest tricks and ticks along with a reddish rogueness about the sounds. Both releases are rhythmically stilted and sullen, but contain a good dose of vitalising progression. Their tactility is a matrix snake that sneaks from the undergrowth of drone to surprise when least expected, but with a genetically softer bite.

The pleasing ease of whacked out soporificity in vibe and tone, then, can be seen as an example of polarised toxicity towards attitude between listener and auteur.