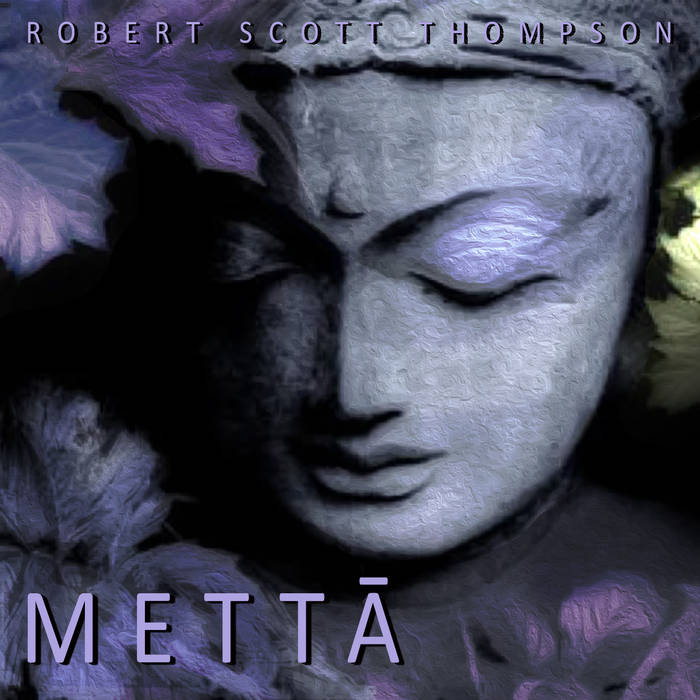 The Buddhist concept of mettā is central to the pursuit of loving kindness and is a cornerstone of compassion meditation Among the various meanings associated with the term is the notion of mental union – of “being on the same wavelength.” The composition attempts to create a ritualistic and meditative sound space that invites mental union in focus, contemplation and compassion.

Wind chimes, blowing leaves, snapping twigs, gongs and bells blend with atmospheric saxophone and percussion sounds in the electroacoustic part. These often radically transformed sounds are combined with and elaborated by sounds created by the performers. At times, a deep integration of the live and electroacoustic components develops that blurs the distinctions between the real and the imaginary, the ephemeral and concrete and the temporal and timeless.

Sound materials for the composition were created using Metasynth and were derived from studio recordings made by the performers.

METTĀ is dedicated to Jan Berry Baker and Stuart Gerber.

Robert Scott Thompson is a composer of instrumental and electroacoustic music and is Professor of Music Composition at Georgia State University in Atlanta. As a Fulbright Fellow he was Composer in Residence at the Danish Institute of Electroacoustic Music. He is the recipient of several prizes and distinctions for his music including the First Prize in the 2003 Musica Nova Competition, the First Prize in the 2001 Pierre Schaeffer Competition and awards in the Concorso Internazionale “Luigi Russolo”, Irino Prize Foundation Competition for Chamber Music, and Concours International de Musique Electroacoustique de Bourges - including the Commande Commission 2007. His work has been presented in festivals such as the Trieste Prima, Diffrazioni Firenze, EMUFest, Koriyama Bienalle, Helsinki Bienalle, Sound, Présences, Synthèse, Sonorities, ICMC, SEAMUS and Cabrillo Music Festival, and broadcast on Radio France, BBC, NHK, ABC, WDR, and NPR, among many others. His music is published on numerous solo recordings and compilations by EMF Media, Neuma, Drimala, Capstone, Hypnos, Oasis/Mirage, Groove, Lens, Space for Music, Zero Music, Twelfth Root, Relaxed Machinery, Centaur, Ultima Thule and Aucourant record labels, among others, and in print by American Composers Edition, New York.