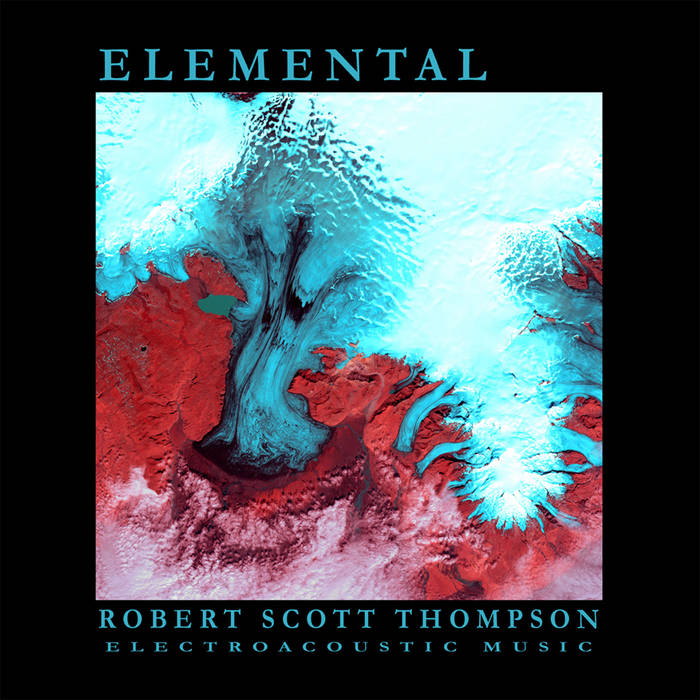 These electroacoustic works are conceptually related, in terms of sonic morphologies, compositional processes, materials, and musical aesthetics, and also in terms of extra-musical ideation. The four form a kind of set of compositions inspired by attributes of the astrological elements – air, water, earth, and fire.

Out of the Vivid Air (2009) was originally composed in octophonic surround sound for premiere at the 30th New Music Festival of the Mid-American Center for Contemporary Music. Materials for this work are derived from the solo percussion part of the work for percussion and electroacoustic sound, Vivid Air (CD AUREC 1002). Fleeting and mercurial gestures are transformed and recast throughout the work. An important sonic signature in the composition is the sound of clock chimes coupled with large drums to enhance and extend resonances. These resonant sounds are further used as time-varying filters and applied to other sounds.

Waters of Cabeus (A) (2009) was inspired by two events. One was the discovery of possible water as ice crystals within the now famous moon crater and also the rushing of water though the burn in front of my home during a torrential downpour. All of the sounds are transformations of field recordings of water flowing along this burn. The water source materials were also used as models for time-varying filtering and are elaborated in myriad ways using digital signal processing and sound synthesis techniques.

Shinrin-yoku (2010) is a Japanese term that means “forest breathing.” This is the popular practice in Japan of walking in the forest to take in the therapeutic effects, both spiritual and physical, of breathing the highly enriched air enveloping the flora. Phytonicides, airborne chemicals that plants emit to protect them from rotting and insects, seem to be beneficial to health. This work focuses on the delicacy of sound materials – all originally acoustic in origin but carefully transformed by acousmatic techniques.

Rounding out the collection is Embers (2010), a work that alludes to the decaying heat of a hearth as coal fire diminishes and is extinguished to dust. Most of the sounds heard are originally from the piano but are significantly transformed and elaborated.

These four compositions by Robert Scott Thompson, all for fixed digital audio playback, blend notions of the natural and unnatural worlds. All the sounds used are crisp and clean, elegantly placed in time, and each work progresses at a slow and unencumbered pace. Most of the sonic materials are drawn from natural sources: water, wind, or simple percussion sounds and the synthetic elements grow into and out of these natural sounds so deftly that it can be hard to tell how much you are hearing is, in fact, artificial. Shinrin-yoku, with its obvious instrumental timbres, never quite sounds like it is either instrument or environment. Lots of attention is given to spatialization and these works would do extremely well in a surround format. So much of this music is based on where things happen that I feel the stereo field is a bit of a let down. Be that as it may, these organic and ambient tracks are splendidly created and infinitely listenable.