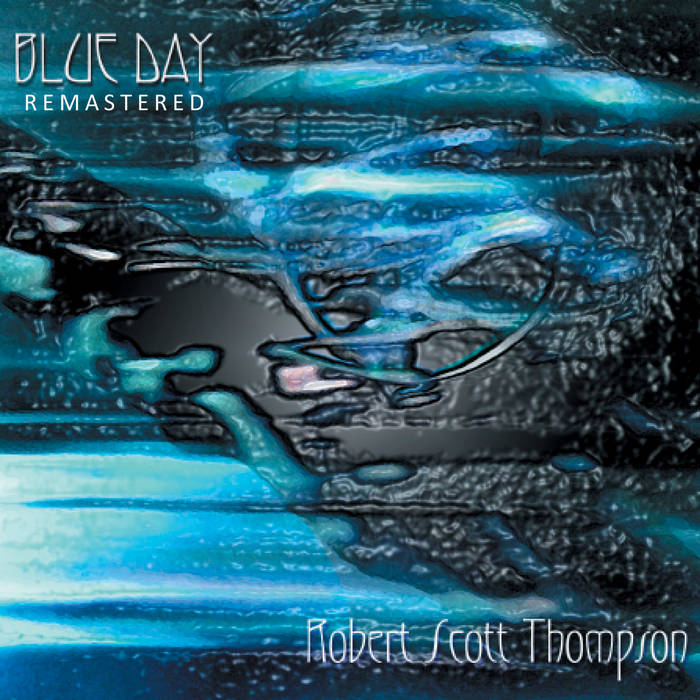 American ambient artist Robert Scott Thompson is continuing to gain well deserved notice for his shimmering dark textures. Firmly rooted in the same sonic landscape as Steve Roach and others, Thompson embellishes on this with his own unique signature. Fans of his prior solo releases will find this much to their liking. The sound is similar to his work on "Frontier" and "The Silent Shore," but it is certainly distinctive enough from those to warrant seeking out. As usual, a variety of sounds and textures are explored, ranging from small vignettes around a minute long, to epic 20-minute masterpieces. Deep drones mix with soft wind chimes on "Origin." "Lattice," as the name implies, is complex, carefully arranged, and delicate. Soft metallic shimmers melt into ominous choirs and assorted atmospheres. It is dark, brooding, and haunting. By contrast, "Illusion of Orderly Progress" is light and beautiful, though practically over by the time you can utter the title. This leads into the first of two centerpieces, the 20-minute "Sign and Symbol." I'm reminded a lot of the minimal ambient drifting of Mathias Grassow, and a little bit of Steve Roach and Robert Rich. Slightly dissonant drones mix with something resembling wood flutes, perhaps flute samples that have been processed in some way. The music swirls in formless fashion, taking both light and dark turns through the mist. "Lament" adds mournful piano to the ambience. This brings us to the 25-minute title track. Male choirs dominate, again lending a dark tone to the proceedings. "Blue Day" is blue indeed, very melancholic, but beautiful. After another very brief track, the disc closes with "Effluence," perhaps the closest Thompson has come to a structured composition with discernible melody. Piano wanders throughout the piece, each note being played very deliberately, with the barest trace of a pause between each note, not quite legato. A female wail is heard, and a simple beating drum. It is a most unusual juxtaposition of musical elements, making for a challenging and interesting way to finish another successful outing into Robert Scott Thompson's unique brand of ambient textures.

Ever since I downloaded the mp3 file from Aucourant's mp3 site back in March of 1999, I've been anxiously awaiting the release of Blue Day. During the wait, this mp3 file, which appears on this release under the title "Sign and Symbol," has served as an ambient backdrop on my computer as I surf the web. Now the full release is available from Aucourant Records' new online web catalog along with two other new releases.

While Frontier's flow is episodic and Fountainhead: Cloud Cover is a set of diverse pieces, Blue Day is composed as a thematically cohesive ambient album. It consists of eight titles alternating between short, momentary interludes and longer, more developed compositions. The lengthy numbers, except for the closing piece, give the entire album its overall mood and structure. The shorter works, each from a minute-and-a-half to three minutes in duration, serve as reflection, rest and anticipation.

While Robert Scott Thompson has explored unsettling and disturbing moments in his previous dark ambient material, Blue Day offers some of his most calm, meditative, and peaceful music. Only one brief cult-like male chant opening "Sign and Symbol" appears ominous, but the tone of the rest is almost spiritually serene due to the use of chimes, bell tones, and celestial male sighs. The music also has a wonderful, steady flow to it, carrying the listener effortlessly and calmly along its current. My own impression is that of walking through a sacred temple, filled with mystery and awe.

As with Robert Scott Thompson's other major ambient releases, Blue Day concludes with a rhythmic finale that gives one a sense of home. The rhythm of "Effluence" (Blue Day's closing piece) is set at a steady tempo to maintain the sense of calm and inner peace created by the entire album. It's extremely satisfying.

13 years is a long time in Ambient music's development, and while some could argue the genre hasn't developed since the early noughties, Robert Scott Thompson's juxtaposition in this review column begs to differ. Darker, malevolent colours on this remastered disc from 2000 place Thompson closer to the cavernous Ambient canon of old, a time where Thomas Koner was lauded, and the spine of 9/11 loomed large over web browsing experiences. The sounds, while a tad dated and saturated now, have an incredibly rich and transcendentally introspective quality to them, flying deep. It's impossible for me to separate these two discs or qualify which one I love best, but I would advise not to listen to "Blue Day" on - well, a blue day. These are timeless artefacts that deserve all the love Brian Eno gets these days.